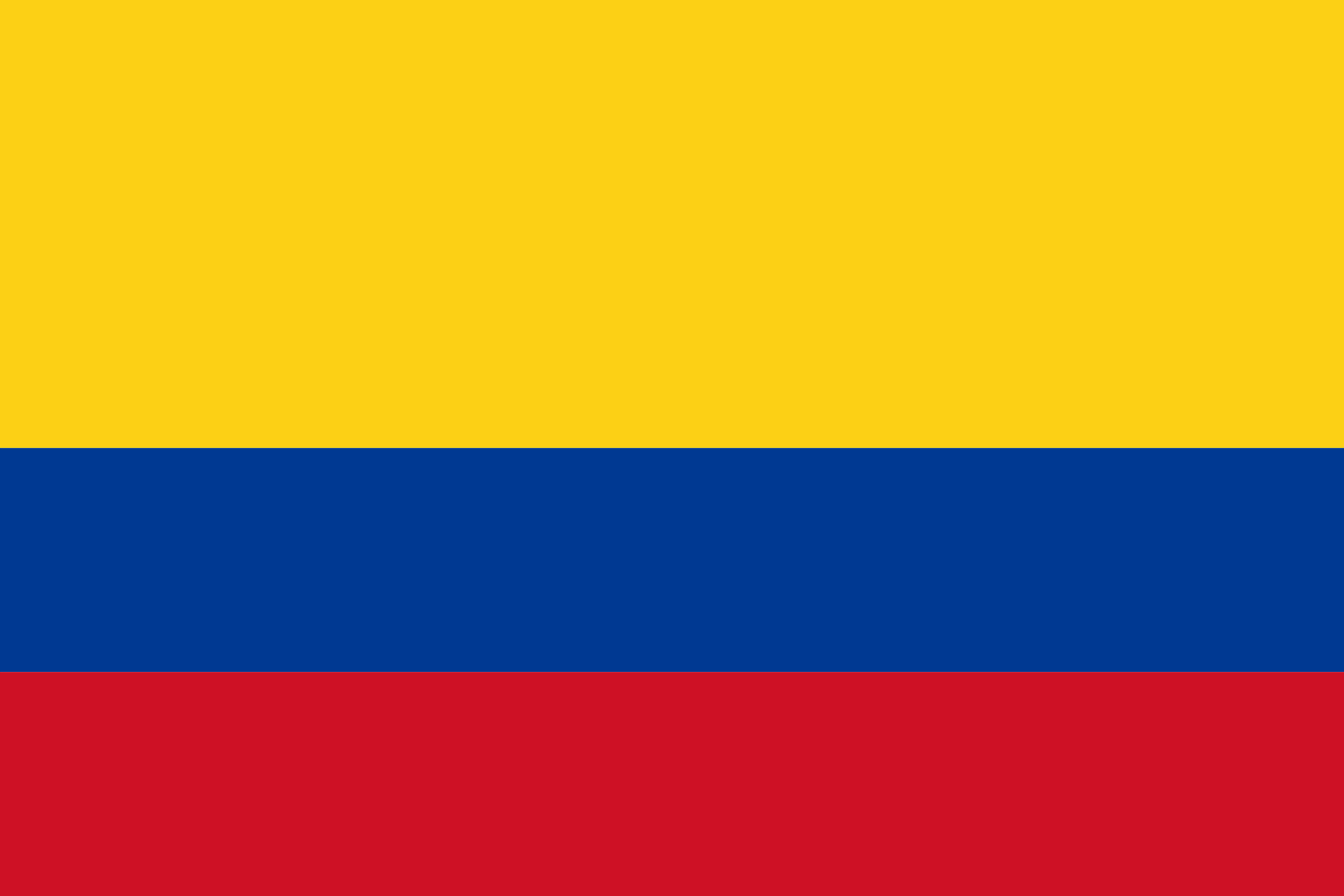 The flag of Colombia is one of our three national symbols, along with the hymn and the coat of arms. Colombia's flag is rectangular and has the three primary colors: yellow, blue and red.

Historians and researchers differ in their explanations regarding the origin and meaning of the flag colors.

Some say that the first interpretation of the colors was made by Francisco Antonio Zea, who in 1819, at the Congress of Angostura, said the yellow represented the people´s love for the federation; blue was to show the "despots of Spain" that the "vast ocean" separates us from their "horrible yoke"; and red was to tell the Spaniards that "before accepting the slavery imposed on us for three centuries , we want to drown them in our own blood, swearing out war on behalf of humanity."

Others claim that the yellow and red were taken from the flag of Spain, and blue was added to these two colors as a symbol of the sea that separates Colombia and Spain.

There are those who say that the colors were taken from the coat of arms granted by the Catholic Kings to Christopher Columbus on May 20th 1493, as recognition for his arrival in America.

The most common explanation of the flag's colors say that the yellow represents abundance and wealth of our country; blue symbolizes the two oceans that bathe the Colombian coasts; and red represents both the blood spilled by the liberators and the blood that feeds the heart, universal symbol of love.

A curious fact is that the current flag is based on an original model designed in the early nineteenth century by Francisco de Miranda, Venezuelan military, who in turn was inspired by the "Theory of Colours" from the famous German writer and scientist Johann Wolfgang von Goethe, with whom he held a conversation on the issue during a meeting in 1785.

Miranda wanted the yellow, blue and red to represent the Latin American countries which at that time were in their independence process, so these colors became symbolic for the Gran Colombia.

The first time Miranda used the primary colors' flag was on March 12th, 1806, aboard the brig "Leandro", during his failed invasion of Coro (Venezuelan village).

In 1811, Miranda and other important Venezuelan figures presented the flag to the Congress of Venezuela and they end up accepting it as their national flag. In 1813, Simón Bolívar ordered that the Colombian flag colors were to be the same as those of the Venezuelan flag.

The stripes of the flag were vertical until 1861, when Tomás Cipriano de Mosquera ordered a decree stating that the stripes would be horizontal and the yellow color would occupy half the space of the flag; blue and red would occupy the same amount of remaining space.

Have your say about what you just read! Leave me a comment in the box below.

What do you want to experience

Top of the page